“I haven’t had such a good role since Hedwig,” John Cameron Mitchell said.

He was talking about Joe Exotic of “Tiger King” fame — and comparing the chance to play him with “Hedwig and the Angry Inch,” his 1998 rock musical and 2001 movie about a genderqueer East German singer stranded in Kansas after a botched sex-change operation.

That tale, rapturous and raunchy, still reverberates, with people outside a West Village cafe slowing to gawk or offer up praise as Mitchell elaborated on his cultural essentials recently.

At the end of the month, he and his “Hedwig” co-creator, Stephen Trask, will reunite for three nights in “Return to the Origin of Love” at the Town Hall in Manhattan. Billed as a New Year’s catharsis with a heaping serving of debauchery, the show melds songs and stories about the making of “Hedwig” with newer material like “Nation of One,” the duo’s first song in 20 years and part of Mitchell’s lockdown album “New American Dream.”

It also includes “Call Me Joe,” an ode to Joe Exotic, the gay, polygamist, now-imprisoned zoo owner immortalized in Netflix’s “Tiger King,” a character so delicious that it inspired him to audition for the first time in 27 years.

A mulleted Mitchell will star in “Joe Exotic,” a fictional series coming out on Peacock in 2022. He intends it to be a fully rounded portrayal, with fewer of the “eye-catching hooks” that reduced him to “that crazy guy over there.”

“I almost feel like I was playing Richard III — an antihero who’s clearly out of his mind, but strangely admirable,” Mitchell said.

Here are edited excerpts from the conversation.

Television has rocked lately. I was most moved by the Spanish series “Veneno” on HBO Max. “Veneno” means “poison,” and it’s brilliant, just brilliant, about the legendary trans celebrity Cristina La Veneno, whose life was equally inspirational and cautionary. Simply the best series in 15 years and criminally unsung. I’ve become friends with Los Javis [the duo Javier Ambrossi and Javier Calvo], who are making it, and they’re going to present our Origin of Love Tour in Spain.

I’ve been marinating in the songs of the great Cuban trovador Silvio Rodríguez. I was looking for a song in Spanish to sing in Mexico City, and my Mexican singer friend said, “Listen to this song called ‘Ojalá’” — which was stunning. And I was like, “Who is this guy?” He really is in the Latin American world as important as Dylan. He’s connected to Castro’s revolution, but the purview is larger and is very much about the heart. I cover his song “Casiopea,” about an extraterrestrial stranded on Earth, on “New American Dream.”

It’s a formative text for me, about the Christian texts which never made it into the Bible. [Her scholarship] spoke to me as a lapsed queer Catholic. I saw a much less misogynistic church, the idea of androgyny being the highest level of humanity and finding the divinity within. And along with Plato’s “Symposium,” itinspired “Hedwig and the Angry Inch.”

4. My House in New Orleans

Covid made me question my monogamous relationship with New York, and I traveled widely. New Orleans kept drawing me back. That city groans under climate change, poverty and drugs but also shimmers with music, art, a neighborly walk-around culture and crawfish. I bought a house there from a chapter of the Order of the Oriental Templars once run by Aleister Crowley, who had his own take on Gnosticism. The energy in the house is powerful, and we’re adding our queer arty vibes to create a destination for community creativity.

I acted up a storm in the last year, but in my downtime, I reverted to my youth and devoured dozens of sci-fi fantasy books. My favorite authors have always been women. They’re less into the hardware and more focused on emotion and theme. When I was very young, Andre Norton was my favorite. She took on a male name because boys wouldn’t read a book by a woman. I’d always heard of Octavia Butler but only started reading her in the last couple of years. She’s very much about creating community in adversity, being Black and a little gender-nonconforming herself.

I’m deep into the galleys of Stuart’s upcoming “Young Mungo,” the follow-up to his gorgeous Booker Prize-winner, “Shuggie Bain.” “Mungo” follows a Glaswegian 15-year-old in a similar poverty-stricken setting as “Shuggie.” Stuart’s aching empathy and sublime images really got their hooks in me like an ancestral tug. My wonderful and difficult mum, Joan Cameron, grew up in Glasgow. Both she and her sister, sweet Aunt Mary, passed recently, and reading Stuart inspired me to create a song with Ted Nash called “You Can Go Now,” featuring Wynton Marsalis and Catherine Russell as my mum.

I was floored by Questlove’s doc, “Summer of Soul.”When Mahalia Jackson and Mavis Staples tear into “Take My Hand, Precious Lord,” I was transported to heaven — not the airy-fairy buffet staffed by winged cater-waiters, but to the mountaintop accessed by a steep and bloody path. I’m presently commissioning a stained-glass portrait of Ms. Staples by the great Hadyn Butler. I worship the ground that she walks on.

My own nonbinariness — such a clinical word for a natural state — was recently stirred and shaken by two brilliant books: “Paul Takes the Form of a Mortal Girl” by Andrea Lawlor and “Venus as a Boy” by Luke Sutherland. The former is a punk fable about a femboy who finds he can alter his body and gender at will. The protagonist of “Venus,” however, alters his body and gender at someone else’s will. Both are lonely — and heroic.

My buddy Stephen was finally acknowledged as one of our most courageous filmmakers by the inclusion of two of his films on the Criterion Channel. He produced Jonathan Caouette’s surreal auto-doc “Tarnation.” But more important, he created two seminal queer Black features: “Chocolate Babies” (1996), about a gang of H.I.V. positive “terrorists” fighting AIDS by any means necessary; and “Jason and Shirley” (2015) about the dark symbiotic relationship between the Jewish filmmaker Shirley Clarke and her gay Black cabaret artist muse, Jason Holliday.

While luxuriating in “Dolly Parton’s America,” I rereleased Bryan Weller’s and my musical “Anthem: Homunculus,” starring Cynthia Erivo, Glenn Close and Patti LuPone, as a free podcast. I play a guy crowdfunding his cancer care who finds that his brain tumor is sentient — voiced by Laurie Anderson, naturally. I also provided voices for my brother Colin MacKenzie Mitchell’s [upcoming] “The Laundronauts,” starring the late great Ed Asner, about a boy who is stuffed into a washer by a bully and disappears. His friends, the Laundronauts, must go in and rescue him. I play the Spirit of Absentia, the land beyond the washer where all the lost things go: socks, coins and boys. Along with their hopes, fears and dreams. Lockdown metaphors abound.

Tags
Mitchell New Song That Who 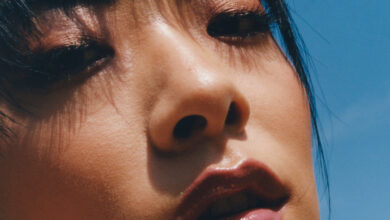 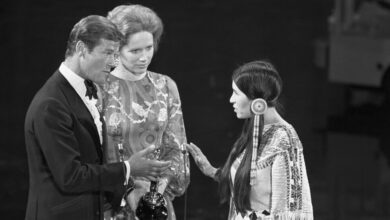 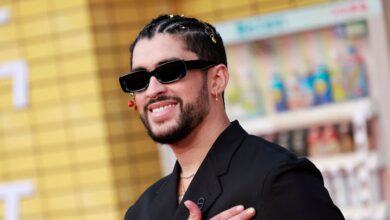