‘Malfunction: The Dressing Down of Janet Jackson’

[MUSIC PLAYING] “If the culture wars could have a 9/11, it’s February 1, 2004.” “The term ‘wardrobe malfunction’ has been burned into our cultural consciousness.” “Someone thought this would be a good idea, and it backfired.” “It sure seemed like they were trying to diminish Janet’s career.” “Her career gets put on ice, and Justin is rewarded.” “There was no equality of punishment.” [MUSIC PLAYING] 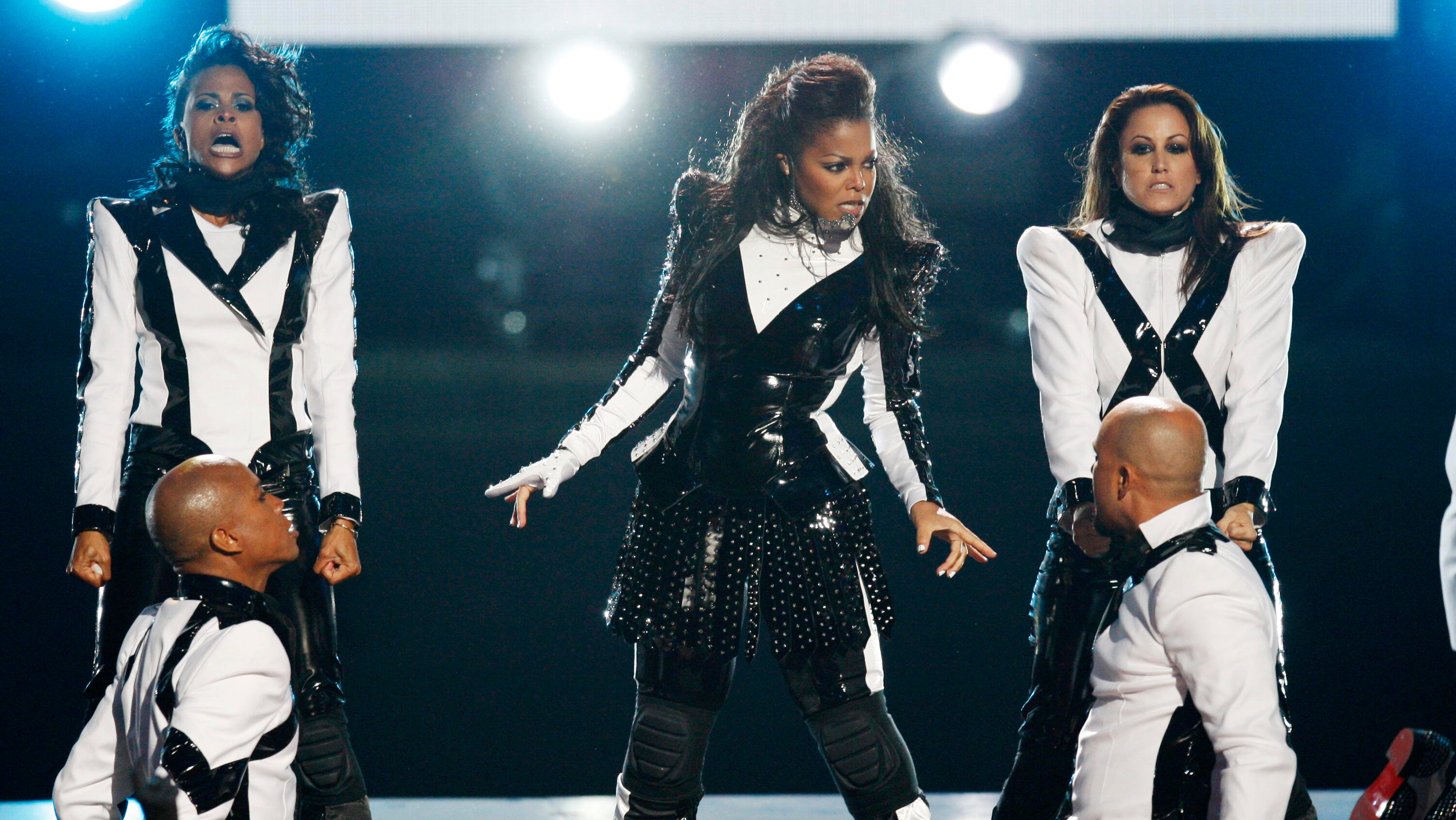 ‘Malfunction: The Dressing Down of Janet Jackson’

The term “wardrobe malfunction” has been part of our vocabulary ever since Janet Jackson’s right breast made a surprise appearance at the end of the 2004 Super Bowl halftime show.

When Justin Timberlake tore off part of Jackson’s bustier in front of 70,000 people in Houston’s Reliant Stadium, over 140 million people watching on TV gasped — if they noticed.

It happened so quickly (the moment lasted nine-sixteenths of one second) that even some of the halftime show’s producers missed it until their phones, and phones all over America, started ringing.

“Did you see what just happened?” Jim Steeg, the National Football League’s director of special events, asked Salli Frattini, the MTV executive in charge of the halftime show. She had to rewind the tape to be sure.

Was it an accident? Was it planned? Was it a stunt?

The ensuing uproar — from the N.F.L., from the Federal Communications Commission, from politicians and their allies — was the peak of a national debate at the time over what’s acceptable on America’s airwaves, and who gets to decide.

In our documentary, premiering Friday at 10 p.m. Eastern time on FX and Hulu, we hear from the former commissioner of the N.F.L., Paul Tagliabue, and the MTV executives who were in charge of producing the halftime show. And we talk to some of the politicians who seized on the moment to try to rein in content that they deemed inappropriate.

We also look back at Jackson’s long career, which never seemed to recover, while Timberlake’s soared. And we consider how issues of race and sexism mixed to consume one superstar’s legacy and propel another’s career to the next level.

“The New York Times Presents” is a series of documentaries representing the unparalleled journalism and insight of The New York Times, bringing viewers close to the essential stories of our time.

Salzburg is poised to impose a general lockdown as Covid spreads in Austria.

Fury in Kashmir After Deadly Police Raid at Shopping Complex

Public Displays of Resignation: Saying ‘I Quit’ Loud and Proud

The window to lift the debt limit is narrowing, an influential think tank warns.

‘It felt like a wedding,’ says a refugee Francis brought to Rome from Lesbos in 2016.
1 hour ago