Americans in distress have a new number to dial for help — 988, a revamped National Suicide Prevention Lifeline that is being billed as the 911 of mental health.

The number, set to go live on Saturday and backed by more than $400 million in federal funding, is intended to meet a rising tide of mental illness in the United States. But there are lingering concerns that short-staffed call centers across the country may not be ready to face the surge.

Many who called the Lifeline in recent months disconnected before they got help. About 18 percent of the roughly 1 million phone calls placed to the Lifeline in the first half of this year were abandoned, according to a data analysis by The New York Times. An earlier Times analysis in March found similar problems, and the transition to a well-publicized three-digit phone number is expected to strain capacity further.

Xavier Becerra, the secretary of health and human services, applauded efforts to prepare for 988 while acknowledging that extensive work lay ahead. “Once you get that off the ground, there’s got to be somebody who answers the phone,” he said in an interview. “It’s not good enough to get a busy signal or to be put on hold.”

Hundreds of millions in federal dollars have given a major jolt to the Lifeline over the past half-year. The money has helped the chronically underfunded crisis line — long answered by a patchwork of call centers, often nonprofits that juggle several hotlines and rely on both paid counselors and volunteers — to enlist additional phone banks across the country, bringing the total from 180 to more than 200.

The funding has also bolstered a Spanish-language network; national backup centers, where counselors can pick up calls that go unanswered locally; and digital messaging services, seen as a crucial tool for reaching younger people who need help.

The Lifeline’s texting and chat lines received about 500,000 contacts during the first half of 2022, but only about 42 percent of those were answered. Still, the data, supplied by the organization that administers the Lifeline, showed steady improvement — the response rate climbed to 74 percent in June, and the average wait time declined from 16 minutes in January to about three minutes last month.

There were no significant gains in response rates for phone calls, though one goal of 988 is to eventually answer 95 percent of them within 20 seconds. The Lifeline said 80 percent of callers who disconnected last year did so within two minutes of the automated greeting, and about a quarter of those who hung up tried again within 24 hours and got through.

John Draper oversees the Lifeline and is an executive at the nonprofit Vibrant Emotional Health, which manages the service for the Substance Abuse and Mental Health Services Administration. Mr. Draper pointed to “huge increases” in responses to digital messages. He predicted that the new investments would lead to improvements in answering phone calls in the months ahead, noting that call centers have already been able to keep pace with the steady rise in volume.

“We want to make sure that we are responding to everybody in crisis,” he said.

But less than half of the public health officials responsible for the 988 rollout felt confident that their communities were prepared, according to a recent RAND Corporation survey.

The overhaul of the Lifeline is not just limited to calls, texts and chats. While data shows that hotlines can resolve about 80 percent of crises without further intervention, the vision for 988 is that counselors will eventually be able to connect callers with mobile crisis teams that can come to where they are, as well as short-term mental health triage centers.

The new Lifeline comes at a time of rising mental illness, including what the U.S. surgeon general has called a “devastating” crisis among young people. Suicide was the 12th leading cause of death for Americans of all ages in 2020, according to the Centers for Disease Control and Prevention, and the second leading cause among those ages 10 to 14 and 25 to 34. A person died by suicide every 11 minutes in 2020. Many believe that the pandemic has exacerbated mental health issues, and the revamped hotline is intended to expand beyond the scope of suicide to help anyone in crisis.

Despite the projected increase in volume, questions remain about long-term sustainable funding for 988. That is partly because the law establishing it, signed by President Donald J. Trump in October 2020 with bipartisan support, left the funding of call centers largely to states.

While it gave states the option to raise money for 988 the same way they do for 911, with a monthly fee on phone bills, only four states have authorized a phone-bill charge. Many other states have used grants or general funds or have enacted other legislation to prepare for the new Lifeline.

“I think 988 represents the best and worst of how America approaches mental health,” said Benjamin F. Miller, a psychologist and the president of Well Being Trust, a mental health foundation. “At its best, it’s the ingenuity, the creativity, the positioning. At its worst, it’s the lack of resources, the lack of leadership and follow-through.”

Dr. Miller has concerns about whether funding would be continuous, he said, because mental health in the country has always been an “afterthought.”

“It’s the marginalized aspect of our health care that we continue to avoid investing robustly in,” he said.

Jennifer Piver, the executive director of Mental Health America of Greenville County, the only 988 call center in South Carolina, said that federal funding had allowed her to fill eight new positions. But she feared that would be inadequate in the long term, and said her team was seeking grants and raising money through a GoFundMe page.

“I’m sure we’ll be fine on Saturday,” Ms. Piver said. “But as the word gets out, you know, coping with that growth is not something that we’re prepared for financially in terms of staff.” The center answers over 80 percent of calls in the state, but if funding remains the same, she said, “we could see that dip pretty quickly to 50, 40, even 30 percent when you factor in some of the systems that will change.”

The national labor shortage has also affected the ability to hire and retain employees. The Substance Abuse and Mental Health Services Administration has a long page on its website that lists work opportunities across the country.

The work force was an issue for the mental health field “long before the pandemic,” said Hannah Wesolowski, the chief advocacy officer for the National Alliance on Mental Illness, who noted that burnout was also a concern for professionals already in this space.

While a lot of work has been accomplished since 988 was signed into law, Ms. Wesolowski said, “we’re trying to build a comprehensive system, and that’s going to take more than two years.”

Representative Tony Cárdenas, Democrat of California and a main congressional proponent of 988, noted that 911, which was established over 50 years ago, “didn’t start without hiccups.”

Despite the uncertainties, advocates remain hopeful that 988 will live up to its promises.

“People’s lives are on the line, so we have to get there,” said Preston Mitchum, the advocacy director at the Trevor Project, a crisis intervention organization for L.G.B.T.Q. youth.

“We will get there.”

Do Cancer Centers Push Too Many Tests? 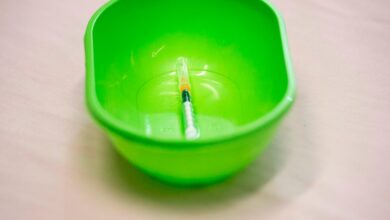 Why a Century-Old Vaccine Offers New Hope Against Pathogens 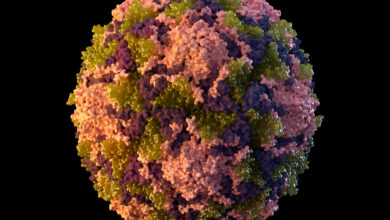 Polio Symptoms and Prevention: What to Know 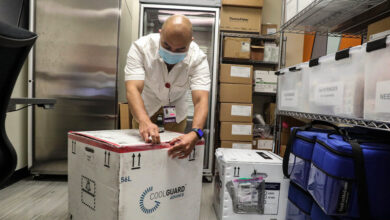 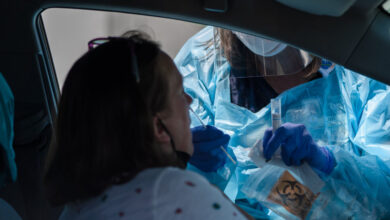 What the New C.D.C. Guidelines Mean for You