For Timothy O’Donnell, hours of denial gave way in the emergency room of a South Florida hospital late on the night of March 13, 2021, when the trauma care specialist called the resuscitation team and told it to stay close.

“I was thinking, ‘Oh, man, are you going to die right here?’” O’Donnell, a triathlon champion and one of the world’s fittest men, recalled of that terrifying day a little more than 13 months ago. “That’s where the mind-set of the athlete kicked in. Just put negativity out of the mind and focus on surviving.”

And yet, hours earlier, that mind-set had nearly cost him his life. It set off a series of events that illustrate the limits of the tough-it-out mentality that pervades endurance sports, sometimes with deadly consequences.

For roughly 20 miles on his bike and through his 11-mile run at the Miami Challenge triathlon, a 62-mile championship competition, O’Donnell had battled through severe tightness in his chest and pain shooting down his left arm as he competed against some of the top triathletes in the world.

The attitude that made him so good at ignoring pain kept him going when he lost track of how far he had cycled and got off his bike one lap early. That mind-set was there when he set out on the 11-mile run, the final segment, even though he struggled to breathe and felt as if he was having an asthma attack.

O’Donnell, 41, who is from Boulder, Colo., was making a mistake that too many seemingly healthy middle-aged men make each year, often with catastrophic consequences. He simply could not accept that someone like him might be having a heart attack, let alone one called the widow maker because of its severity and its frequency among unsuspecting middle-aged men who are fit and have no idea they might be at risk.

O’Donnell set up a bike as his children, Finnian, 1, and Isabelle, 4, played in the box at their home this month.

“This is not all that uncommon a story,” said Aaron Baggish, O’Donnell’s cardiologist and the director of a clinic at Massachusetts General Hospital that provides comprehensive cardiovascular care to athletes. “You can exercise and stay healthy and reduce your risk, but no amount of exercise offers complete immunity from heart disease.”

After a year of rehabilitation and medical research, and plenty of soul-searching and long talks with his wife, the three-time Ironman world champion Mirinda Carfrae, O’Donnell is ready to compete seriously again.

He had planned to round into racing form, beginning two weeks ago with St. Anthony’s Triathlon in St. Petersburg, Fla., but a cold forced him to pull out. Now his comeback will begin in earnest this weekend in Chattanooga, Tenn., at the Ironman 70.3 North American Championship, followed by the full Ironman continental championship in June in Des Moines.

“The idea is to get back to Kona,” O’Donnell said, referring to the Ironman World Championship, which takes place in Kailua-Kona, Hawaii, in October.

Pursuing brutal tests of endurance a little more than a year after a nearly fatal cardiac event might sound reckless, and O’Donnell and Carfrae, who have two young children, had misgivings at first. They agreed that if there was any chance continuing racing would impair the health of his heart, he would quit.

O’Donnell and his wife, the three-time Ironman world champion Mirinda Carfrae, relaxed after a training session.

“His racing career was not on our radar,” Carfrae said while nursing their 16-month-old recently. “We were trying to get him healthy so he could live a long and healthy life.”

Heart attacks like the one O’Donnell suffered occur when a piece of plaque that has built up on the inner lining of the arteries ruptures and causes a blockage, keeping blood from flowing properly to the heart.

After his, O’Donnell learned he had a genetic predisposition to heart disease, specifically plaque building up on the walls of his arteries, a condition difficult for doctors to detect.

Doctors used a common procedure to repair O’Donnell’s left anterior descending artery with a stent — a mesh coil that expands the artery — then continued to treat him with medication, all of which has made a return to racing safer than it might appear, Baggish, his doctor, said.

During O’Donnell’s race, his body was working so hard to pump blood that he was able to force blood through the clot. He finished 11th, in 2 hours 44 minutes 56 seconds, but he could not stand up afterward. He called his primary care doctor from the recovery area and told him about the tightness in his chest and the pain that shot down his arm during the race. The doctor told him to take an aspirin to disrupt the clotting and get to an emergency room, where he saw the trauma specialist call for the resuscitation team.

“At that point in the hospital, I finally got it,” he said. “Like, wow, it is actually happening.” 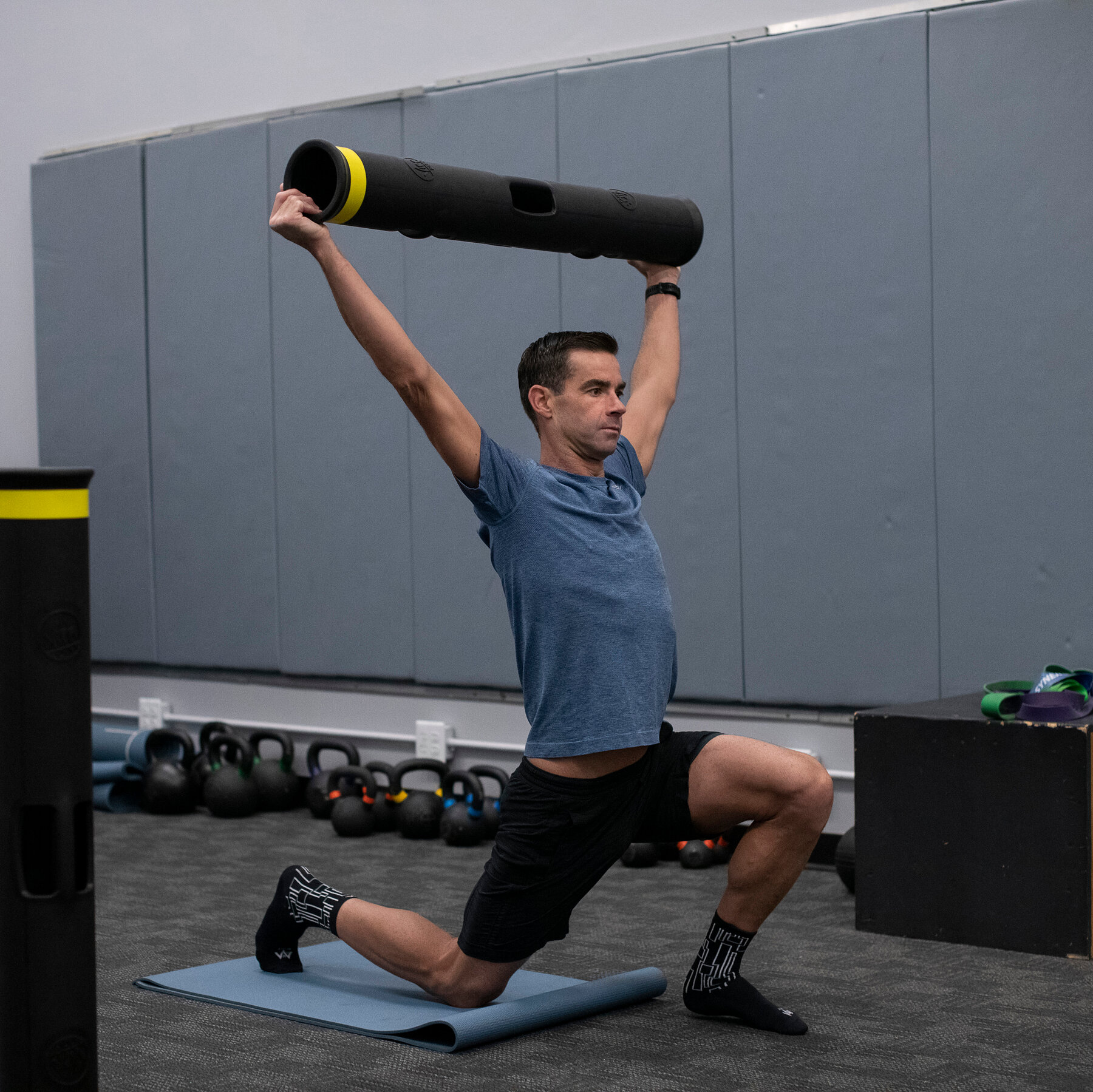 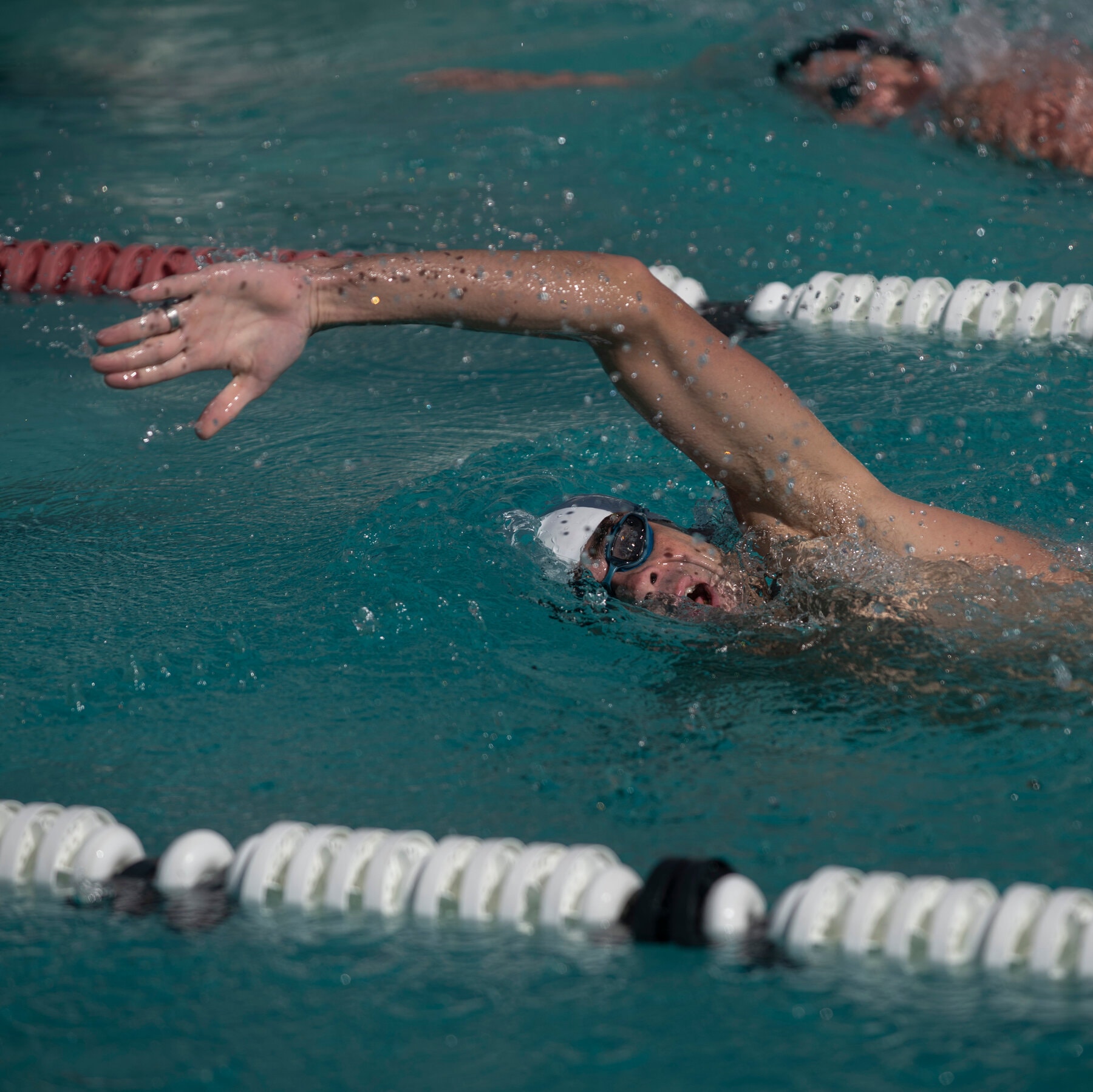 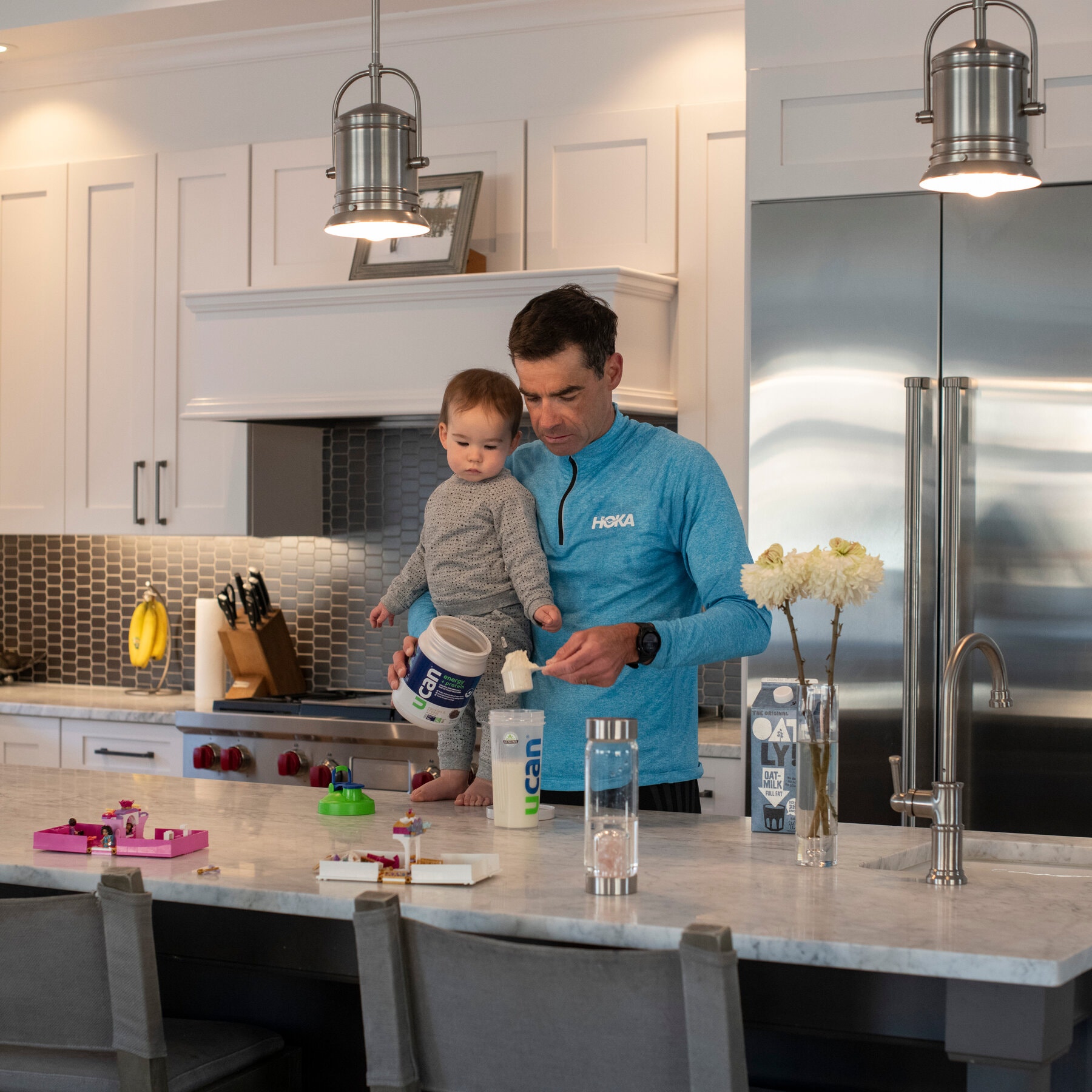 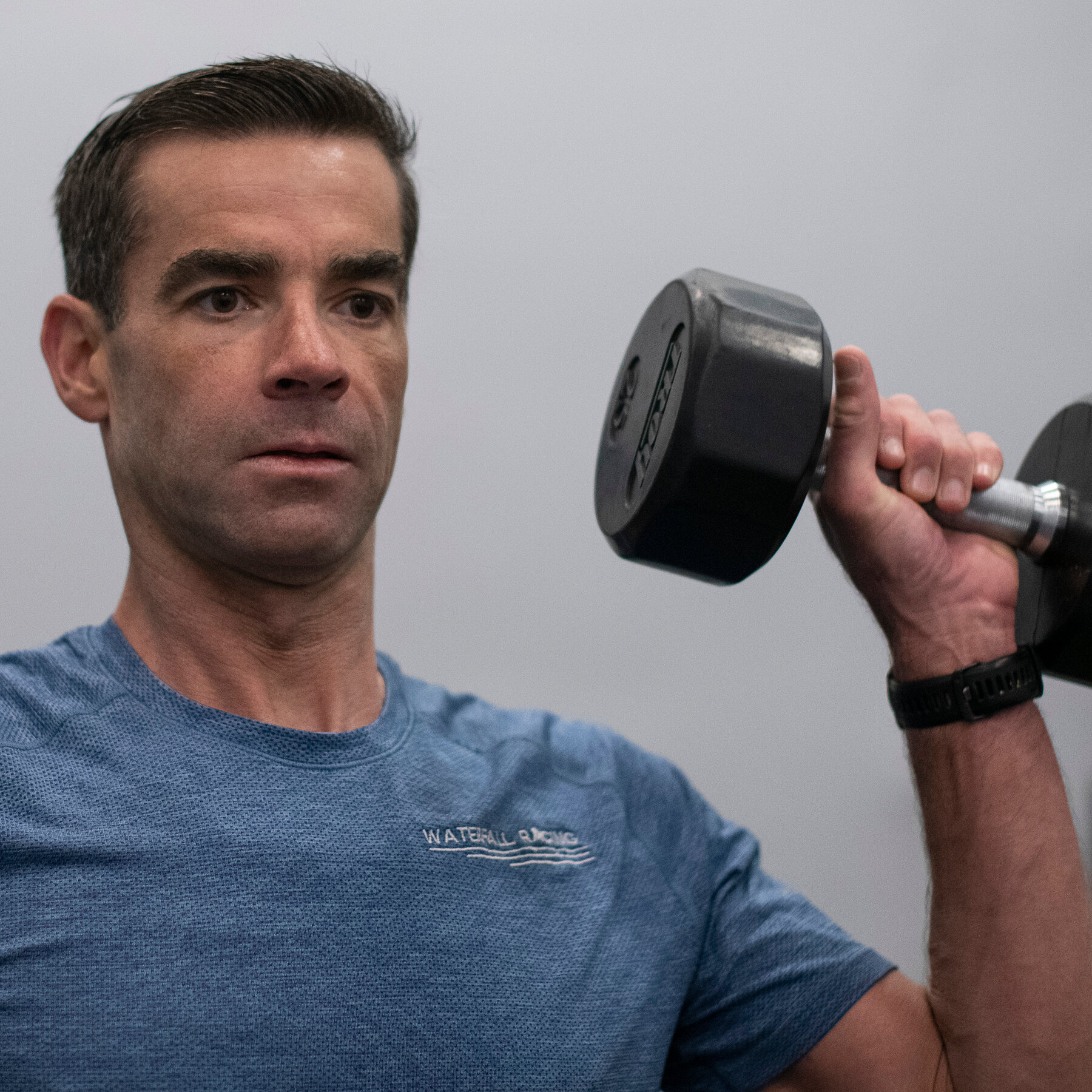 O’Donnell was cleared to start training again not long after his heart attack in March 2021.

A week after the heart attack, O’Donnell got on a treadmill for a stress test and was soon cleared for light aerobic training.

Once O’Donnell, Carfrae and his doctors were comfortable with his general fitness, they began to discuss racing again, including which medications he might be able to stop taking because they could inhibit his performance.

The mental challenges were more difficult, especially for someone with an analytical bent, like O’Donnell, who graduated from the United States Naval Academy with a degree in naval architecture and marine engineering. Doctors told him this heart attack was going to happen whether or not he was competing in a triathlon, but he still thinks about how his wife and children almost lost him.

Carfrae has had her moments as well. Early in O’Donnell’s recovery, as Carfrae went down for a nap with the children, he told her he was going to get on the treadmill. She woke two hours later and heard the television blasting and the treadmill still running. She thought that there was no way O’Donnell could still be training and that he must have collapsed. She burst into the room fearing the worst. It turned out that he had started the workout later than planned.

This year, they participated in a short-course triathlon for couples in Florida. She watched him head into the water and thought: Should he be out there?

“I had a horrible race,” Carfrae said. “I was so emotionally drained.”

“The idea is to get back to Kona,” O’Donnell said, referring to the Ironman World Championship in October in Hawaii.

They take comfort in the science, the words of their doctors and the math that says the chances of his having another heart attack have dropped substantially because the main potential cause of one has been fixed.

“Tim is more likely to hurt himself in a bad bike crash than another coronary event,” Baggish said.

That does not mean he will absolutely not have another heart attack. No matter what O’Donnell looks like on the outside, he has heart disease. Being absurdly fit likely saved his life after he ignored symptoms. He won’t do that again, but former Navy officers do not often live their lives in Bubble Wrap, and he knows the only alternative is to accept the uncertainties.

Tags
Had Heart Attack Li̇ke Out That

Rangers Beat the Penguins in Game 7 in Overtime

Once Again, Tennis Is Disrupted by Politics
3 hours ago

The Changing Grass at Wimbledon
3 hours ago

Companies Are More Vocal Than Ever on Social Issues. Not on Abortion.
12 hours ago